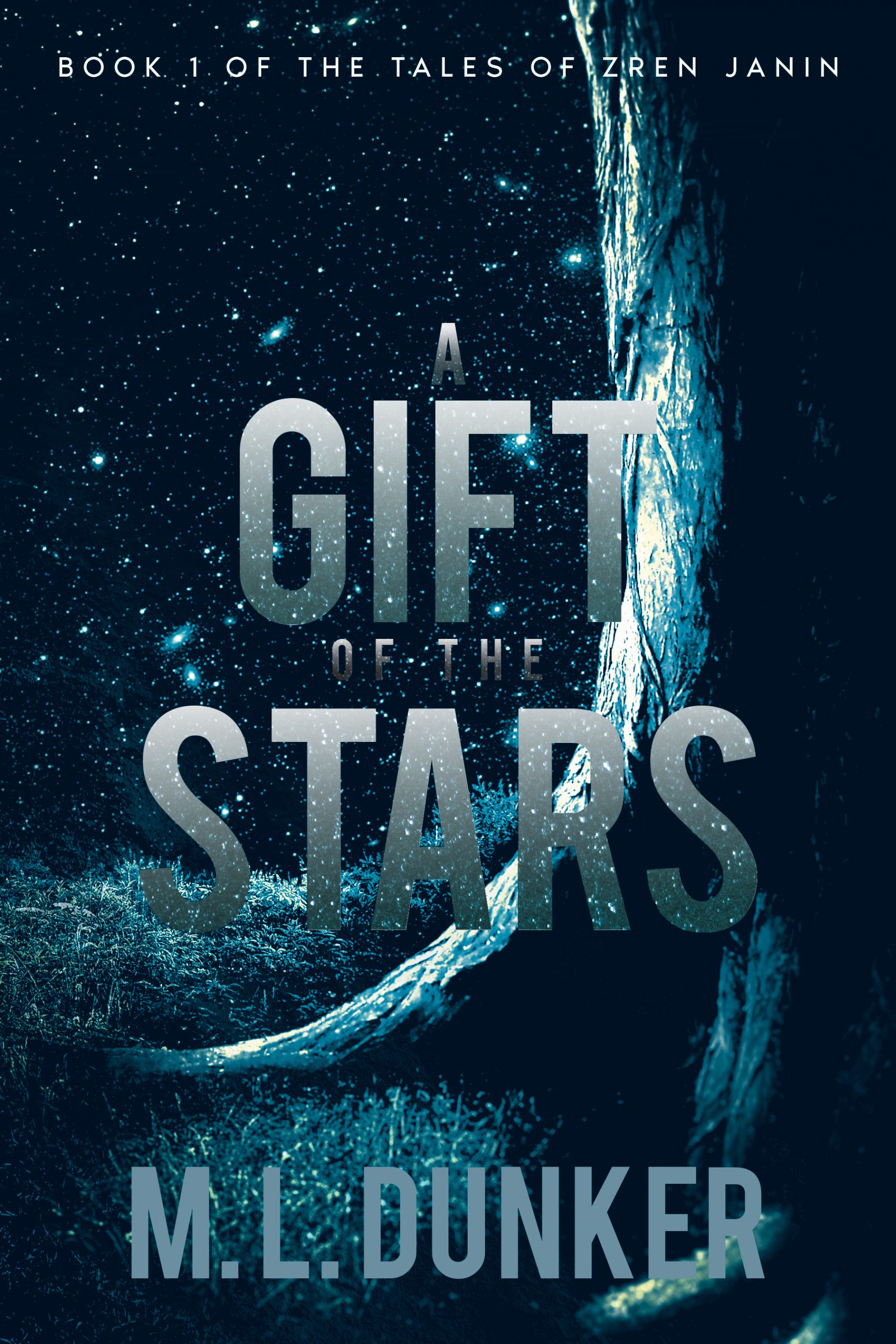 A Gift of the Stars

Kerek City can be cruel and every abandoned child in Lowertown learns quickly to avoid a dance with Trouble. Like the others, Red does what he must to survive. Until one day when life goes horribly wrong.

A boy is found by the side of the road. He is about 17 years old, with skin the color of cinnamon, and the too-thin look of one who lives on the streets. He has been beaten badly. Do you stop? Or not?

When Red awakens at the side of the road to Aldi, he knows he has one chance to convince those who have rescued him to take him along. At the mercy of two West Islanders after they save his life on the road, Red travels with them on the treacherous and violent road through Kerek, where the three must use their skills and wits to find a way that won’t leave them dead.

As mystery continues to shroud his companions, Red realizes there is much more to the diverse cultures and people they encounter than he had been led to believe.

Is life outside Kerek City really what it seems, or is there more to his world—and even his own past—than he could have ever imagined? And how far is he willing to go to learn the answers, when trusting the wrong people might cost him his life?

A Gift of the Stars is the first book in The Tales of Zren Janin series, an alternate world with multiple cultures, languages, political intrigue, and mythology. A story of adventure, fantasy, and the road to understanding how to accept those that are different—including ourselves.

Red has spent his life trying to avoid a dance with Trouble.

When Red was rescued by the great Softfoot Ngahuru and Koanga the Storyteller, he learned life was more than just survival on the streets of Lowertown.  As they traveled through Kerek and Matasi, the West Islanders gave him a new name—Zren Janin—and told him of a homeland he had never known: Conrosa.

Ngahuru also introduced him to Miyamoto Suki, a diplomat of Vikland trying to reach his own country.  When Miya asks him to travel with him and protect him over the bandit infested Northern Track, Zren agrees, in exchange for an education at the famed Vikland Academies and future travel to Conrosa to find his family. It’s a wealthy reward—if he stays alive long enough to claim it.

Joining them are three Viklander women: Kern, a Softfoot, Rell, a healer and bowmaster, and Song Yao, a renowned bongmaster. All of them will be guarding an injured firemaster, and two wagons of what Zren suspects are illegal weapons, although everyone pretends they are merely farm implements.

As if the journey isn’t complicated enough, the King of Kerek is sending along the paychest for the garrison at Earles with only four questionable Kereki soldiers to guard it.

Violence erupts daily along the track, leaving Zren and the survivors badly wounded and wondering just who they can trust.

Manumina is the second book in The Tales of Zren Janin series. A story of adventure and the road to understanding who we are, finding a family and creating a home in an alternate world with multiple cultures, languages, political intrigue, and mythology. 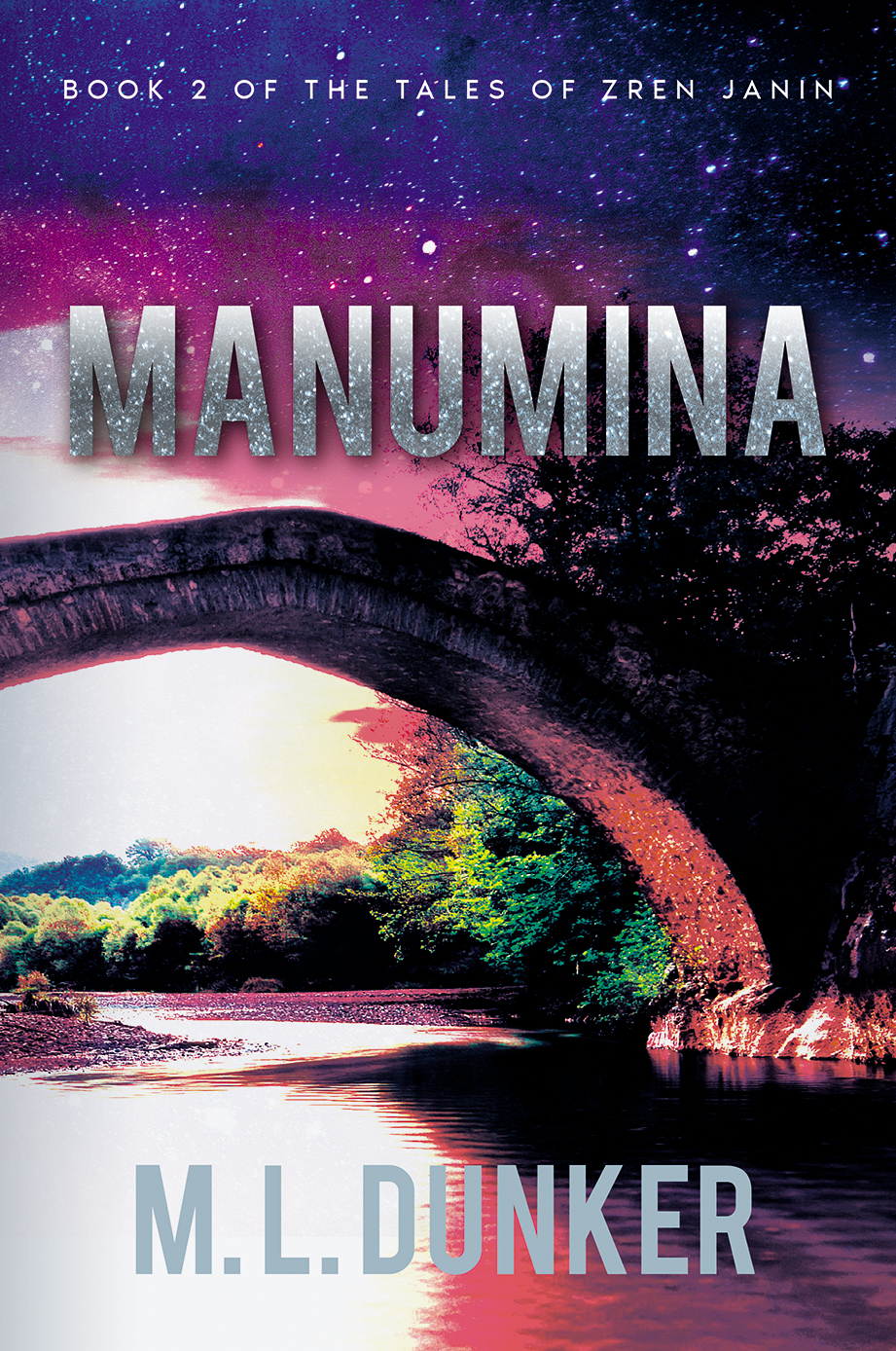 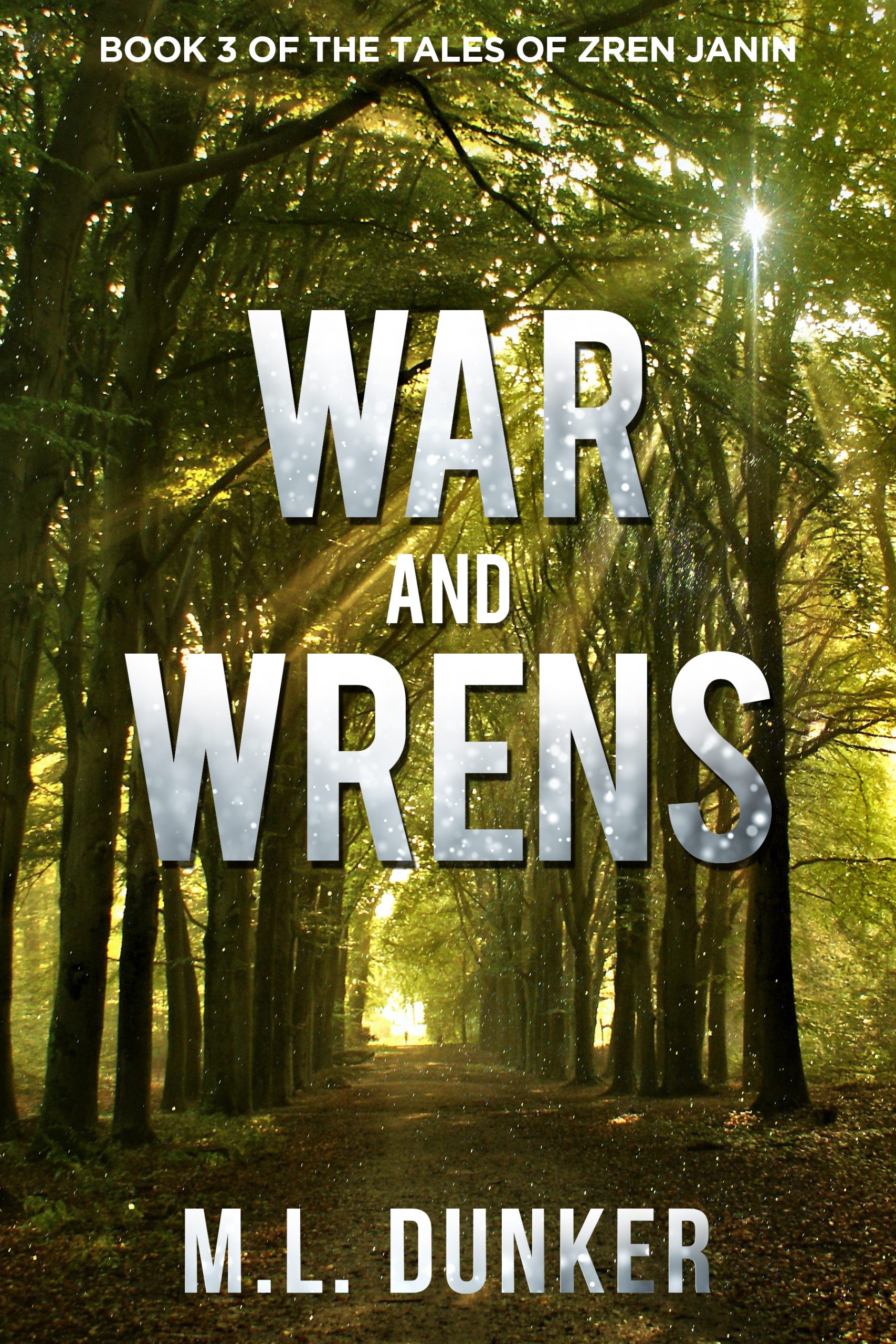 It has been two years since Zren Janin was found on the road to Aldi.  He has found a family and a place to belong with the Conrosans at Manumina, and now that home is threatened.  In desperation, he writes Ngahuru, the great Softfoot of the West Islands.  He tells her war has come to Kerek and the Kereki army has tried to burn them out at Manumina.  He asks for help to keep his people safe.

Instead of a letter in return, Ngahuru comes to Manumina in another maskovesto. She brings her information gatherers and street runners from her time in Kerek City years before.  They are tailors and shopgirls, mimics, pickpockets, and beggars.  They can hide in plain sight, and have fingers so light, documents, maps, or coins can disappear into their pockets like dew during the Dry.  They wear the faces of every country in the known world.  They are between the ages of 12 and 20, and they are ready to overthrow a corrupt King and win a new life for themselves.

Because for Ngahuru, revenge is a dish best served cold.

War and Wrens is the third book in The Tales of Zren Janin series.  A story of fantasy, adventure, war, and the road to understanding how to accept those that are different—including ourselves.  A story of softfoots and soldiers, rescues and redemption in an alternate world with multiple cultures, languages, political intrigue, and mythology.

Through accident and adventure he knows Ngahuru of the West Islands, Miyamoto Suki, a diplomat of Vikland, Bima Ritwik the Softfoot, Solkka Ulani, a man who is more than the son of a coffee farmer, and Vikland’s prolific inventor and firemaster, Chul Swyler.

Zren is loyal to those he calls his family at Manumina.  He respects the talents of the Wrens, who came to fight for a chance at a better future than Kerek City would offer, and he understands those who just want a place to belong.

But not all of them will survive.  Some will carry scars that will never fade.

When the war ends abruptly, Ngahuru’s network collapses through betrayal and violence. The remaining Wrens fly to anywhere they think is safe. Vigilantes search for traitors, ragged soldiers look for someone to blame.

Who is still alive and who is not?  What does the future look like when the people you love cannot be found?  How can you search for someone when you don’t know where to look?

What can a future in Vikland hold when the Wrens wear the faces of the enemy and the Conrosans the voice of another language?

As the world turns upside down, Zren Janin wonders what truths will remain, what promises will be kept.

Exile: A New Beginning is the fourth book in The Tales of Zren Janin series. A story of fantasy, adventure, war, and the road to understanding how to accept those that are different—including ourselves. A story of softfoots and soldiers, rescues and redemption in an alternate world with multiple cultures, languages, political intrigue, and mythology. 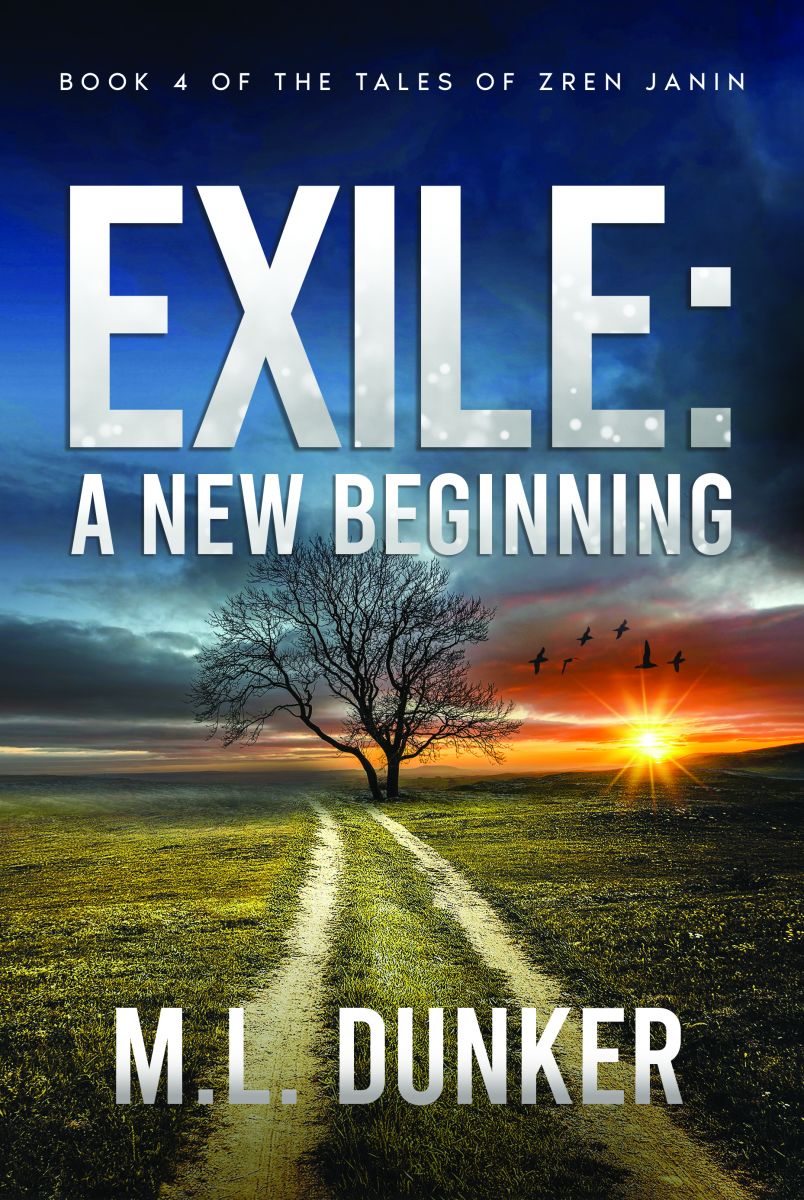 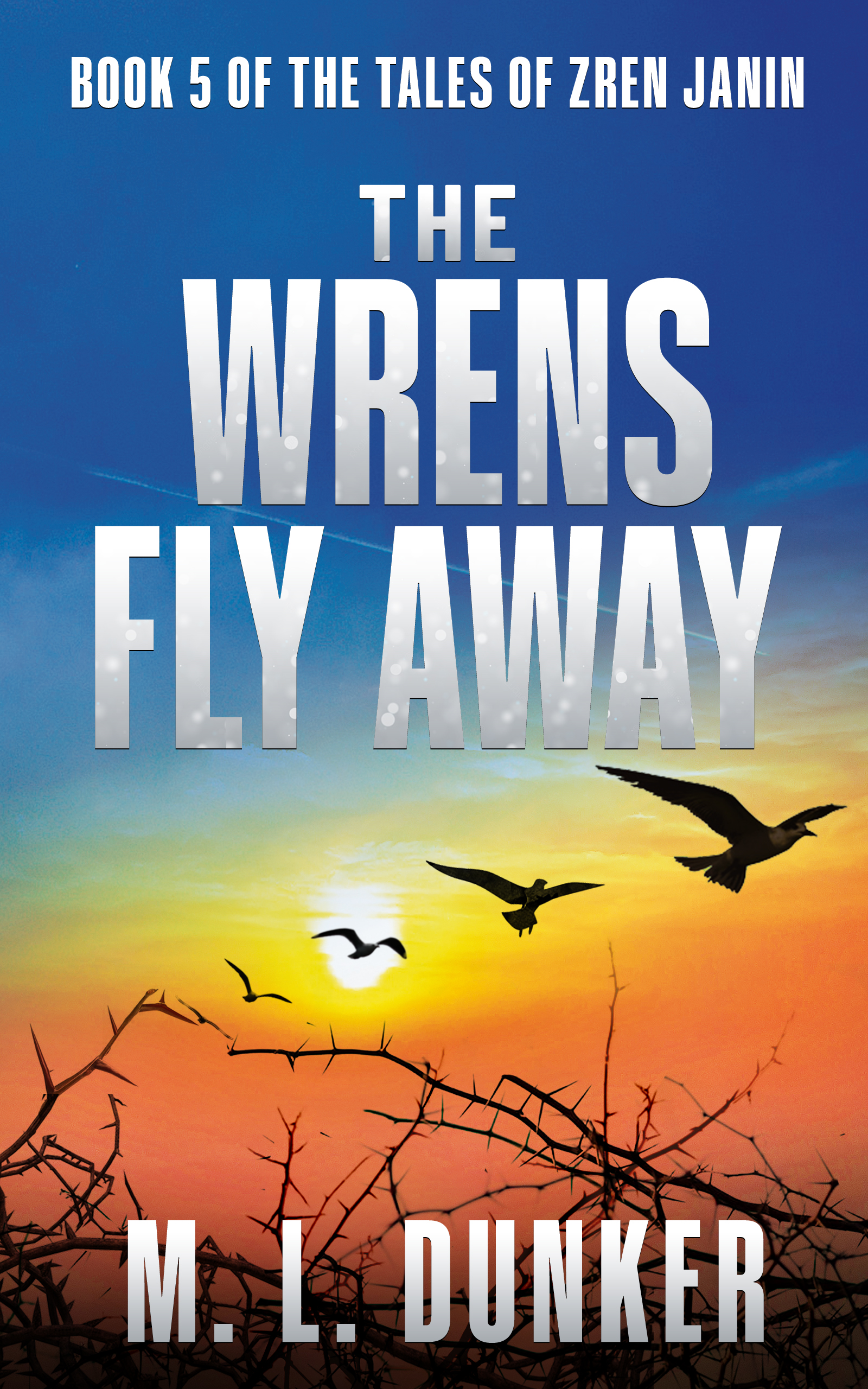 The Wrens Fly Away

As any Wren or Softfoot will tell you, a lie works best when it has part of the truth.

The Wrens were promised a life better than they had left behind in Kerek City. So they climbed in Ngahuru’s settler wagon and found themselves in the middle of a war. When the Empress of Vikland offers them only a soldier’s pay for a year, they are dismayed. There are no plans to educate them, teach them a trade, or learn to thrive in Vikland. This is their reward for the time and danger spent helping the Viklanders win a path to the sea?

But the Wrens have had a lifetime to learn to count only on themselves and each other. And what Zren and the others at Manumina believed happened during the war had as little in common with the Truth as the promises made to them by those in power who needed their skills and talents.

So the Wrens make their own plans for the future and they aren’t going to share them with just anyone.

The book, The Wrens Fly Away, is the fifth and last book in the Tales of Zren Janin. These stories are told through the wrens’ viewpoint as they scatter about following their own path to their future. We learn of their decisions, and cost of their dreams through travels and letters crossing from one end of the known world to the other. This may be an alternate world of multiple cultures, languages, political intrigue, and mythology, but some universal truths remain.

THE TALES OF ZREN JANIN 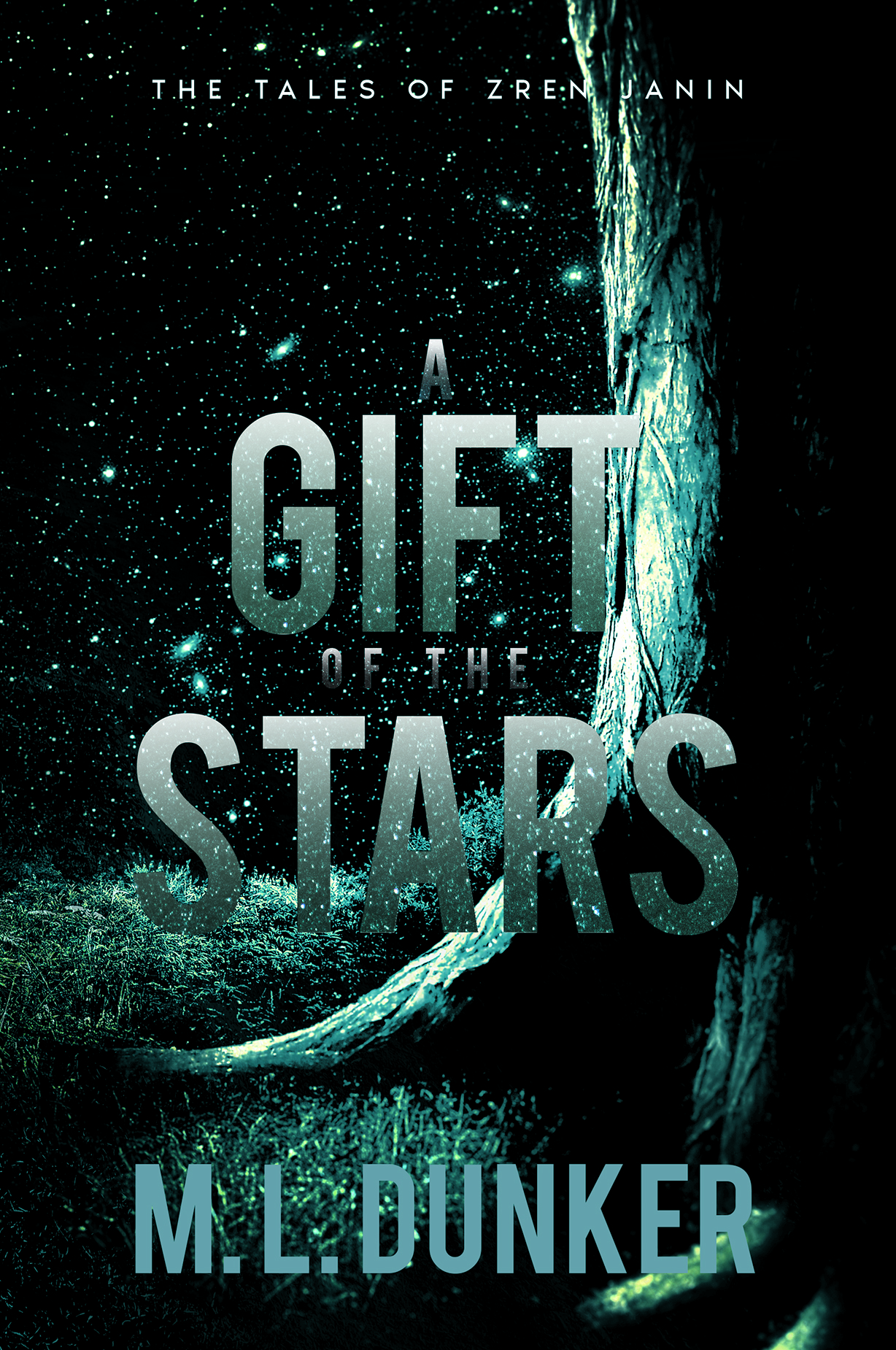 A Gift of the Stars

This is Modal Title 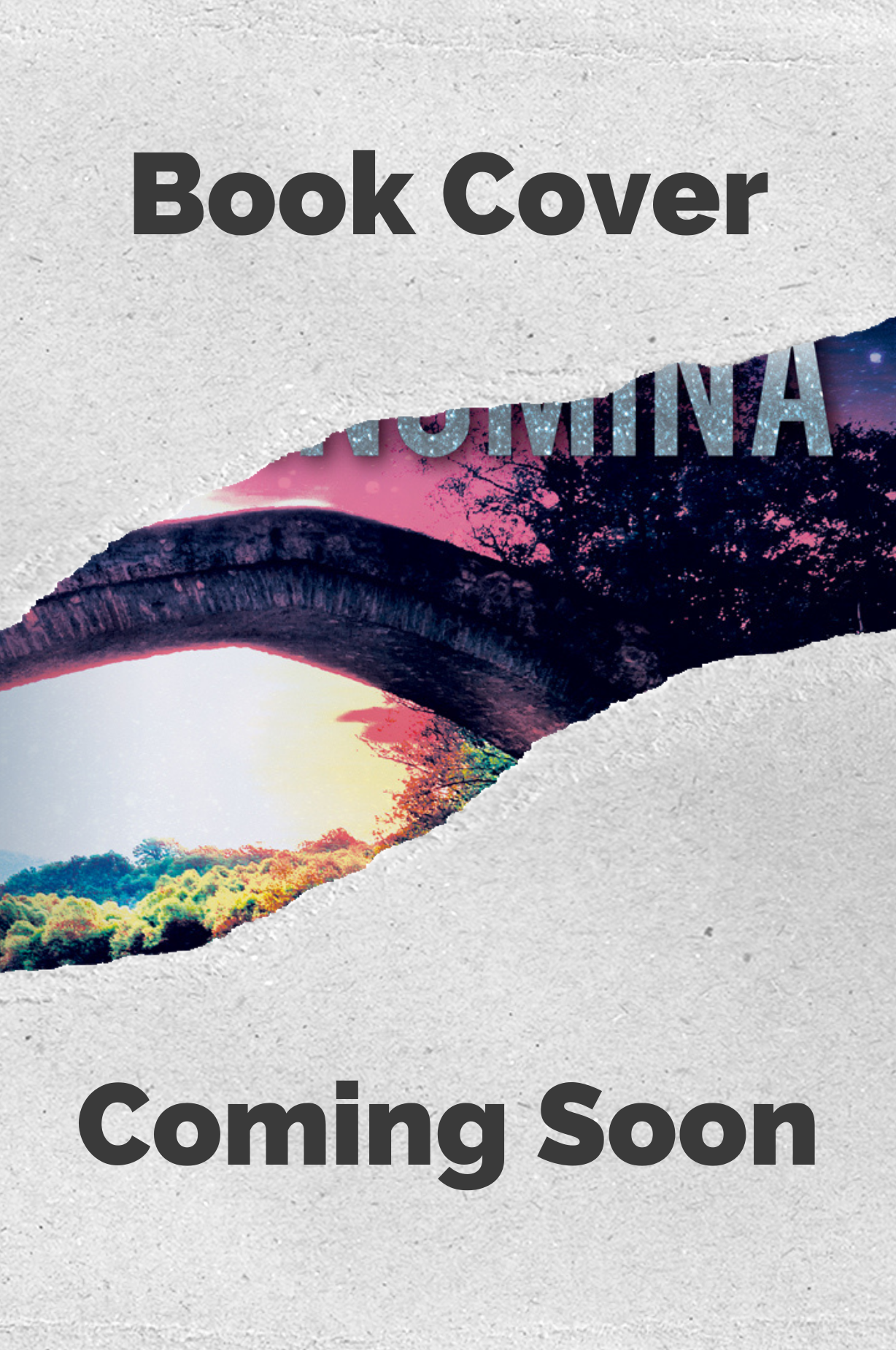 The Wrens Fly Away